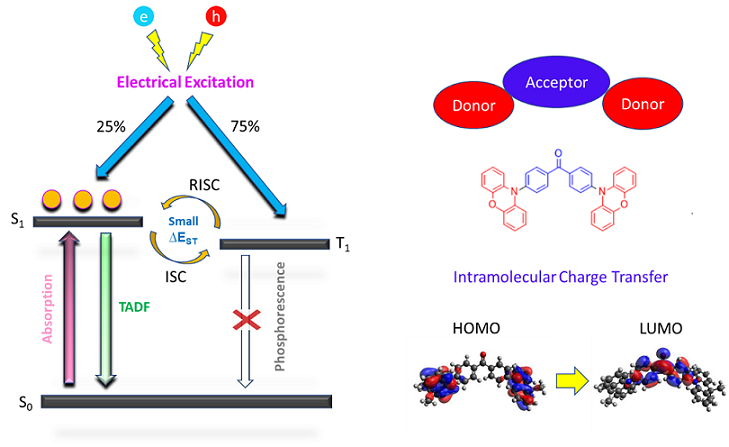 The TADF phenomenon is based on the upconversion from the triplet (T1) to singlet (S1) states due to sufficiently small energy gap (ΔES-T) (<0.1 eV), facilitating the reverse intersystem crossing process (RISC). To possess such an effective charge transfer, systems should contain spatially separated highest occupied molecular orbital (HOMO) and lowest unoccupied molecular orbital (LUMO) states as a result of a twisted molecular structure, that leads to small ΔES-T gap.

We use quantum chemical calculations to propose a new strategy on material design and investigate the relationship between molecular structures and the photophysical properties of a range of emitters. This study is in collaboration with Assoc. Prof .S. Catak (BU) and A. Monari (ULorraine).